I had the pleasure of working with Scott Sheldon and Terra Realty Advisors on some complex real estate projects within our school district. Scott and his team were outstanding in anticipating our team’s questions, researching opportunities, and presenting a range of solutions. They were professional and committed to meeting our needs.  I would not hesitate to recommend Scott and Terra Realty for any real property project support

I have worked with Scott and Terra Realty staff for nearly 10 years in various capacities in local government for many different agencies. Most recently, he completed a digital billboard conversion for the City of El Monte that will generate significant unrestricted general fund revenue to the City. As City Manager for the City of El Monte, I appreciated his breadth of knowledge on all real estate and land use matters and financial expertise. Scott works tirelessly and creatively to “uncover” and identify all potential funding sources and strategies to maximize the value of public assets. He truly is a technical expert and at a time when local government and many other public agencies are financially challenged, his creative approach and tireless commitment to working on behalf of public agencies is greatly appreciated. He and his firm conduct themselves with the utmost integrity and expertise. 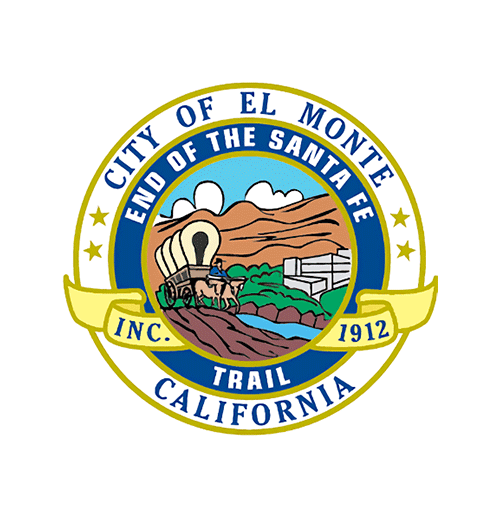 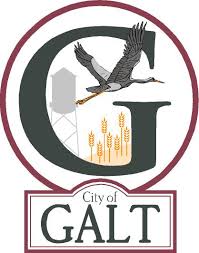 Working with the Terra Realty Advisors team was a very rewarding experience for the City of Galt. Terra recognized the potential for City branding and advertising revenue for Galt.  Terra was engaged to determine feasibility researching State Route 99 for potential locations, they worked with the City and Caltrans on placement options; they created, distributed and reviewed RFP’s from over 20 sign companies, and they negotiated a very significant, long-term revenue package that allowed the City of Galt to create a dedicated source of funding for City youth programs.  All this with no direct cost to the City.  In addition, Terra staff, Scott and Tim were a pleasure to work with.  I would recommend TRA without hesitation.

The City of Rohnert Park has worked with Scott Sheldon And Terra Realty Advisors serval times in recent years. He initially assisted us in selling some City properties. His extraordinary customer service, including attention to detail and consistency in meeting his commitments on time, led us to hire him again to acquire a key piece of property. Scott again demonstrated superior service and responsiveness throughout the process, even while handling numerous projects for other clients. I recommend Scott and his firm without reservation for the highest quality service in real estate consulting.

I have worked with Scott Sheldon of Terra Realty Advisors on a wide variety of projects. Scott is someone I know is going to give me good sound strategic advice. He has provided construction oversight and development consulting to the City on a number of projects. I have worked across from him when he was representing the County, School District or a developer. Scott is the best I have encountered on providing sound real estate or construction advice to his client. On a very complex eminent domain case, Scott’s expertise saved the City a lot of money. I highly recommend Terra Realty Advisors led by Scott Sheldon.

As the owner of several shopping centers in Fairfield as well as the Bay Area, we have often encountered the need for construction oversight and project management. Because of the very positive experience with and constant stellar performance of Scott Sheldon in undertaking whatever the need has been over a 20+ year time period, we always exclusively engage him and Terra Realty Advisors for any project that arises. I have no hesitation in highly recommending him for any project or construction oversight undertaking of whatever size.

We have worked with Scott Sheldon for many years. Scott has always been excellent at staying focused on what needs to get done. He has been and is our “go to person in Northern California”. I am very pleased to recommend Scott to anyone that needs help in overseeing a real estate project

It has been my good fortune to work with Scott Sheldon of Terra Realty Advisors over the past 15 years in three very different school districts. Scott has served the real estate and development needs of these districts during that time and has helped develop a district office, put together a plan for joint use projects, and coordinated the multi-governmental and private cooperative agreements that have resulted in some of the most creative educational and community projects found in California today. He is one of the very few in California who understands what it takes to put together successful public-private partnerships that leave both the business community and taxpayers satisfied!  Scott can see beyond the “red tape” and understand the actual goals of each entity, then put together and execute agreements that allow for all to meet their objectives. If you need a consultant who can deliver a “win-win” agreement that benefits all parties while creating projects that will satisfy and awe for years to come, then Scott Sheldon and Terra Realty Advisors is your person and your firm!

I have worked with Scott on several projects. His knowledge and attention to detail have both saved me time and money on the projects we have done. He and his team are a pleasure to work with.

The Board of Directors of a county-wide public water agency had long recognized a need for new facilities, but were reluctant to take on such a monumental project. Their hesitancy stemmed from a fluctuating real estate market, long residency at their current site, and confidence in staff to manage such a project. As the new General Manager, I was tasked with initiating this project, including soliciting for real estate services, resulting in hiring Scott Sheldon of Terra Realty Advisors, Inc. While the original concept was to build on the existing site, Scott recommended an alternative solution of evaluating existing buildings.  The end result was the District purchased office space in a vacant building, together with acquiring a warehouse building close to the new office building, and converting that to an indoor corporation yard for more efficient field operations.  Overall, this solution saved the District in excess of $10 million, allowed for timely occupancy, and provided full build-out at one time, rather than phasing the project because of the cost savings. Scott also managed the completion of tenant improvements in both buildings, including design and entitlements. As part of the Districts public outreach, there were numerous hearings and educational workshops, of which Scott was an integral team member.  Scott demonstrated considerable expertise and experience, assisting the Board of Directors and staff in completing this very important project. At completion, the next step was now the District’s original site could be considered for sale; however, to maximize the property value, a land use amendment would be required; changing the zoning and general plan designation from Public Facilities to Residential uses.   After considerable local government lobbying, the District was granted this new land use, significantly increasing the value of the original District site in the marketplace.  Scott’s knowledge and skill were invaluable in negotiating this change.  The revenue derived from a future property sale will result in additional, significant savings to the District.  In conclusion, Scott Sheldon and Terra Realty Advisors, Inc. brought a high level of performance, commitment and expertise to this important District project.

I have worked with Scott Sheldon and Terra Realty Advisors, Inc. for a number of years and have always found Scott able to handle complex real estate transactions with the highest level of competence and integrity. I have no reservations in recommending Terra Realty Advisors for any Real Estate or Property Development project.

Terra Advisors has the unique ability to bring multiple aspects of project delivery to a team. From project feasibility, city entitlements to managing the design and construction process, they add value from the beginning to completion. Teaming up with Terra Advisors has allowed us to effectively do what we do best for the client.

We have worked with Scott Sheldon, and Terra Realty Advisors for many years. Their professional, detail oriented follow-through is the very culture of their organization, and this has saved us time, and money. In an industry where this “expertise” is so critical, Scott and Terra Realty have it, and that means Mission Solano, when represented by them, does as well! I recommend them without reservations!

As President of Bethany Lutheran Church in Vacaville, CA in 2006, I was the owner’s representative responsible to manage the development of a $7.3M school campus. I couldn’t have done it without Scott Sheldon. Scott provided his unbiased, professional opinion on all aspects of the project, including our financing package, contractor selection, permitting, contract negotiations, and construction oversight. He truly is unique in the industry, because he has worked for so long in real estate investment, design development, and construction management. His sound advice enhanced our decision making process and ultimately saved us money. For anyone considering a development project, I wouldn’t hesitate to recommend Scott Sheldon and Terra Realty Advisors.

Having worked with Scott Sheldon and his team for over two decades now, we have seen his grasp of real estate goes well beyond transactional elements. It involves strategic, financial, development and execution phases as well. We have been involved watching him turn underutilized assets into new projects, dramatically improving his client’s business. Public or private sector, we strongly recommend Terra Realty Advisors.

Hiring Terra Realty Advisors, Inc. to manage the Solano County Office of Education District Office project was the best single decision we made. It resulted in a substantial savings of time and money.

TALK TO TERRA REALTY ADVISORS, INC. ABOUT YOUR PROJECT NEED OR IDEA TODAY